As you continue building out Laravel apps, you will notice spots that you need to perform the same queries. If your project is like most projects I've worked on, you will start with just repeating the query code in many places.

This works great until you need to change the query. Because the query is repeated throughout your code, you now need to change it everywhere. And you might forget to change it somewhere 🤦🏻. This is an enormous maintenance headache. I can't even count how many bugs I've encountered (and written myself) from forgetting to update code in multiple places.

Luckily there are a few easy solutions to reduce duplicate queries.

All of these solutions will work and have their pros and cons. One solution that is built into Laravel that works well for this is Eloquent Query Scopes. Query scopes provide some advantages over the other methods I mentioned. Three of the most significant benefits are:

So what exactly is a query scope?

A query scope is a method that works on a model's query builder to modify the default query that would be run. What makes a query scope different from any other method you would write is that it is built into Laravel's Eloquent and meant to be a set of common constraints you would run instead of the entire query. Here is a typical method you might write to tasks that are not complete yet and assigned to a user.

Now, if you think about the typical queries, you might need for a task. It isn't hard to imagine needing to query both for all tasks for a user and another for their tasks that aren't complete. Let's add a second method to only get the tasks assigned to a user.

Notice how the first half of this method is the same as the previous one. We are already duplicating code after just two different queries. It should be easy to see how this could get out of control pretty quickly. Let's convert the two constraints (tasks assigned to the user and incomplete tasks) to query scopes to see how that would help these methods.

The two methods from before can be updated to use the new query scopes and avoid the duplicated query where clause.

The best thing about this approach is that we call simple methods whenever we need a new query that either gets tasks assigned to a specific user or incomplete.

How to create a query scope?

Creating query scopes is pretty similar to creating any method. There are just three main requirements to make the method a query scope.

Local scopes can have no additional arguments or can have any arguments after the builder argument. Arguments in a local scope are used to change the query that runs. For example, in scopeAssignedToUser we passed in an $userId argument to change what user the query was checking tasks were assigned to.

But queries don't belong in the model.

Depending on the size and complexity of your app or your coding standards, you might think that query scopes don't belong in the model. It is true that with Eloquent, it can be very easy to make your models bloated and full of logic that doesn't belong in it. If you aren't careful, the model can become a mixture of business logic, persistence layer, and other logic.

The main difference between a local scope and global scope is local scopes have to be called and are meant for repeated database constraints you may not need all the time. Global scopes, on the other hand, will run automatically for every query on a model. They are meant for things you are almost always going to want to run and don't want to forget when querying for that model. For global scopes, think of things like not loading soft deleted records (Laravel's SoftDeletes trait uses global scopes) or checking if a record belongs to a company for multi-tenant apps (apps that serve multiple different companies each with their own dataset).

The scopes we created above were local scopes. The following examples will be global scopes that have a few differences in how they are made and used.

Let's create an example Global scope for checking if a record belongs to a company.

This example shows how we can use a resolver passed into the global scope to change what company we are loading records for. The resolver could be any class that tracks the current company for the current user. Maybe it is stored in the session, cache, or querying the user's database table.

This is one of the easiest ways to get global scopes to work with arguments that could change based on the current user or session. However, it does have its downsides that we are now introducing some type of global state into the scope, and the model will also have to know about the CompanyResolver too. This can make fixing bugs and changing features in the future harder. For this reason, I'm not a big fan of doing this on larger projects or for anything that doesn't rely on a global user or session state the entire app needs to know about anyways.

To use this BelongsToCompany scope, it needs to be registered in the model class.

Now every time we query for a task, it will automatically add where company_id = $someCompanyId to the query.

However, if we don't want the global scope to run, excluding them for specific queries is also easy. For example, maybe we want to get all tasks for all companies. In this case, we need to exclude the BelongsToCompanyScope.

As mentioned earlier in the article, query scopes are just one way to reduce duplicate code. They might not be the best for every situation or project, but they should be another tool in your belt. It is up to you and your team to decide what patterns and practices you want to follow for your project.

Feel free to reach out to me at @KevinHicksSW on Twitter if you have any questions, comments, or want to share any cool query scope tricks you use. 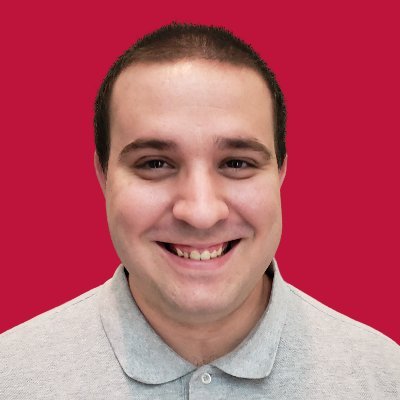 I am senior software engineer that focuses primarily on web and mobile applications. I work both as a regular full time employee and a consultant developing apps and websites for clients. This is my personal blog where I write tutorials, tips and tricks, and my opinions on various software languages, technologies and tools.